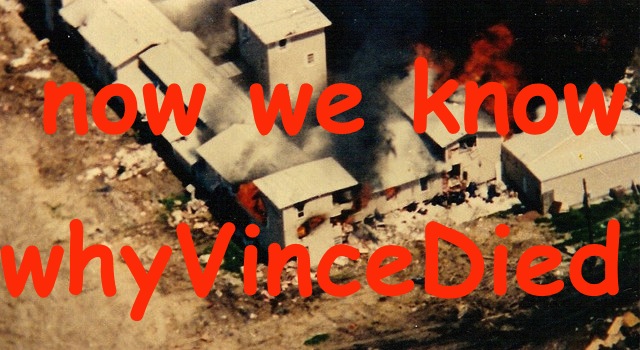 It was Hillary Clinton, not Bill, Janet Reno, Webb Hubbell, or Vince Foster – who ordered the Waco massacre in 1993 that led to the death of 76 Americans, including 21 children and two pregnant women.

“Give me a reason not to do this,” Janet Reno is said to have begged aides shortly before orders were issued in the final assault– during which 85 Branch Davidians were burned alive.
Tripp’s allegations lend weight to charges made previously by Special Forces expert and Waco investigator, Steve Barry– who claimed Hillary Clinton set up a special “crisis center” in the White House to deal with Waco. Serving with her was Vincent Foster– who, according to his widow, was subsequently “fueled by horror at the carnage at Waco for which the White House had ultimately been responsible.”

In the 1999 documentary Waco: A New Revelation, former House Waco investigator T. March Bell recalled:
One of the interesting things that happens in an investigation is that you get anonymous phone calls.
… We in fact received anonymous phone calls from Justice Department managers and attorneys who believe that pressure was placed on Janet Reno by Webb Hubbell, pressure that came from the first lady of the United States.

Foster himself was found dead, from a gun-shot wound to the head, in a Virginia park three months later. Could he have known too much about Waco? (duh!)

Prior to Waco, Foster was “dignified, decent, caring, smart” says Linda Tripp; in its aftermath, “Vince was falling apart.”
Tripp was with the former White House deputy counsel when the news about Waco broke on television…

I was with him — well, we had CNN all the time, not to plug, but it was always on in the White House. And a special bulletin came on showing the atrocity at Waco and the children. And his face, his whole body slumped, and his face turned white, and he was absolutely crushed knowing, knowing the part he had played. And he had played the part at Mrs. Clinton’s direction.

There was a marked contrast between Foster’s heartfelt emotion to the Waco tragedy and Hillary Clinton’s. 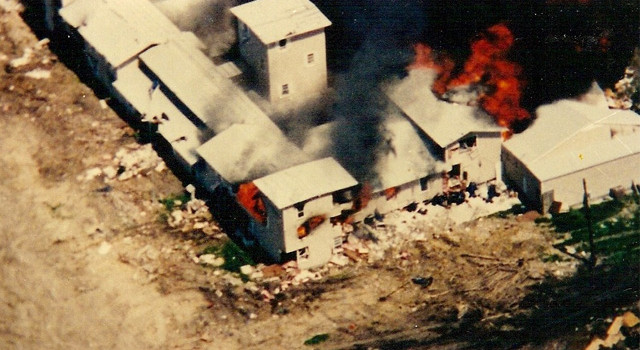 Starnet ed. comment, It is interesting to note, how Chillary leaves a trail of bodies and burning buildings in her wake.

Clinton Cartel alive & well still, in DC.
Baby Killers: this is their beginning works. Then Benghazi: every time Killery gets near a gov. Office, all hell breaks loose. Just wait till you see what is next on her menu>US.

I need to find a new Host site, this one has changed hands, now, into a user unfriendly ownership, unfortunately, who reserves the right to steal our work and censor it according to their personal ends. So am working on moving it all, probably to ZoHo… This site is my personal library.